Sri K T Rama Rao
Hon'ble Minister for IT, Industries, MA & UD
Home Press Release
Triumphant Telangana attracted Rs 3.30 Lakh Cr investments since 2014: Minister KTR
January 3, 2023
Triumphant Telangana attracted a whooping Rs 3.30 lakh crores (40 billion US dollars) of investment through the path-breaking TSiPASS and in IT and ITeS Sectors since 2014, said IT and Industries Minister K.T. Rama Rao on Monday. He said that the State has consequently created over 22.5 lakh jobs. The Minister said that the overall investment amount and employment figures would be much higher if Real Estate, Hospitality, Mining, Logistics and other sectors are taken into account. 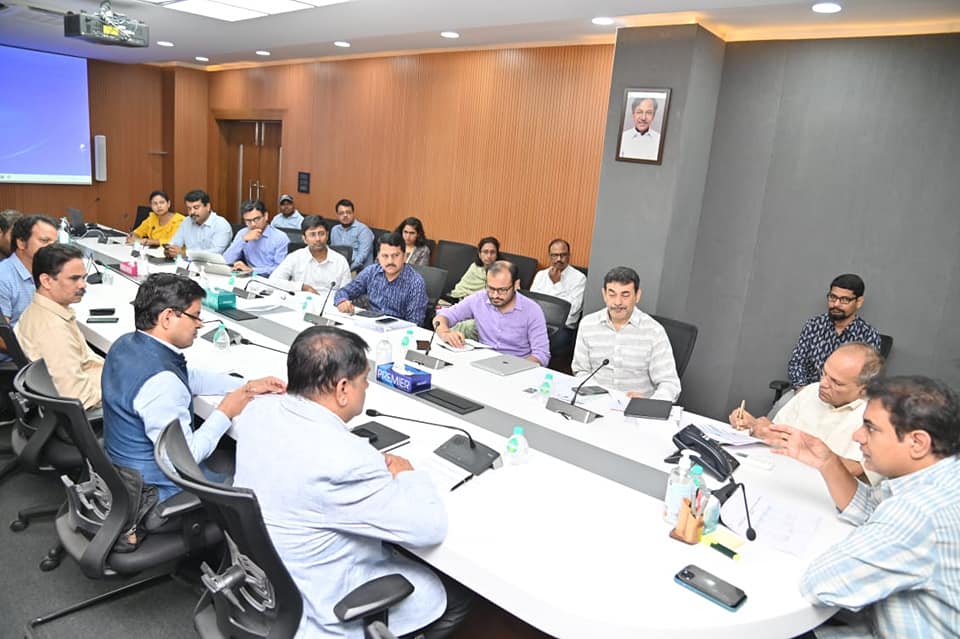 At a meeting held with officials from IT and Industries & Commerce Departments, the Minister directed them to prepare a report on the investments attracted by all sectors. KTR said that Telangana Government’s revolutionary policies, industrial parks, transparent governance and TSiPASS, which is in sync with Hon’ble Chief Minister Sri K. Chandrashekar Rao’s vision helped in attracting the investments.

He said that a total of 14 priority sectors were identified by the State government and a Director was appointed to each of the sectors. Besides, KTR said, during constant engagement with the companies, which were keen to invest, details on the State government’s pioneering policies, world-class infrastructure available here were presented. “This helped to attract investments,” said the IT and Industries Minister. He lauded the officials of the two departments and exhorted them to work in the same spirit to continue the spree of investments into the State. Various activities that would be taken up in the two departments, projects that are scheduled to be inaugurated were discussed at the meeting. Expressing happiness about the huge number of jobs provided through the investments, KTR said that Hyderabad overtook the cities which were in leading positions in providing employment opportunities.

Minister for IT, Telangana